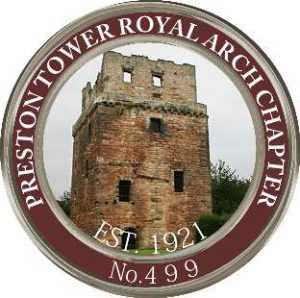 Cork Degree update: Stuart Murray M.E.Z. would like to thank the 10 candidates that helped raised £550 for childrens charities (tbc) at the cork Degree on Friday 5th April. Excellent working by all office bearers. Special thanks to the cateres and Bar Staff. 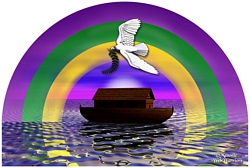 to supplicate the mercies,

a three mile prayer, will take to long

this one has just three verses.

As here tonight for merriment

In joy we do foregather,

Let us remember to you is due

the praise, our heavenly father.

alas, we are no that wealthy,

we ask you, lease accept this grace,

and keep us hale and healthy.

Companions are respectfully reminded that Test Fees for 2018/19 are now due.

Through and through th’ inspir’d leaves,

But O respect his lordship’s taste,

And spare his golden bindings.

The Royal Arch degree is not native to Scotland, but seems to have been introduced from both Irish and English sources, often Military Lodges, towards the middle of the eighteenth century.  The earliest reference to the degree is at Stirling in 1743.

These Military Lodges introduced many other degrees beyond the Craft, and when the regiments moved on, Lodges in the vicinity sometimes continued to work them.  This situation continued until the end of the eighteenth century.

However, the early Secret Societies Acts caused the Grand Lodge of Scotland, in 1800, to issue a warning to its Lodges against the working of any degrees other than those of Entered Apprentice, Fellow Craft and Master Mason.

Many Lodges heeded the warning and the additional degrees associated with Royal Arch or Templar masonry had to be worked in assemblies separate from the Lodge. The feeling grew amongst the Brethren that these assemblies should be legitimised in some way.  A few obtained Charters from the Grand Encampment of Ireland.  Others petitioned the Templar Grand Body in England and in 1810, under the patronage of the Duke of Kent, the Royal Grand Conclave of Scotland was chartered and Alexander Deuchar appointed its first Grand Master.

In 1815 he convened a special committee, and all bodies in Scotland known to be working the Royal Arch degrees were contacted, with a view to forming a Grand Body to exercise proper control.  All three Home Grand Lodges were consulted, so as not to infringe upon their interests.  Advice was sought, in particular, from England where the United Grand Lodge of England had recently been formed, and where the status of the Royal Arch degree had been acknowledged, as the completion of the third degree.

Eventually a meeting of interested Chapters could be delayed no longer and, in August 1817, representatives of 34 Chapters met in Edinburgh and the Supreme Grand Royal Arch Chapter of Scotland was erected and consecrated. Charters were issued, and the new Grand Body grew slowly but steadily, and gradually all bodies working the Royal Arch degree in Scotland came under its control. 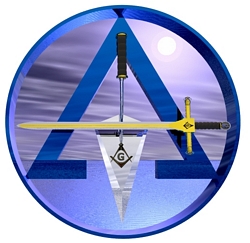